July 2012        i did not have to farm today and got to go shopping with my daughter. but..... i can still tell you about my cab critters. when i fluff hay i drive an open cab tractor and i am bombarded with grasshoppers. every shape, size and color. they really don't bug me unless they hit me in the face and it is more of a scare than anything else. i have learned to tolerate them and my sunglasses keep me from getting any eye injuries. in the closed cab tractors i have had many uninvited guests. i had a mouse one time who kept to himself and i only saw him a few times and he was very quick to hide and stay hidden from me. no big deal he was kind of cute, i named him mickey. now if i get a spider, different story. i do not know enough about spiders to tell who is poisonous or who bites and who isn't or doesn't. so unfortunately all spiders are met with extreme violence and sent back to their maker at first sight. i did have a fly in the cab with me the other day. i did try to whack him a few times and even though he was close to death he was still quicker than me. i even tried to mr. miogi (karate kid) him but to no avail. if he would have left me alone we could have become pals. i actually like having someone to sing to while i farm. but for some strange reason he kept head butting me. yes, dive bombing me right between the eyes and he was all up in my face and flies are just yucky. and he was much bigger than usual so i took all i could and stopped the tractor, opened the door and shooed him out. shoo fly don't bother me. i was reminded of my sweet mama with her "fly flap" back in the day. she hated a fly and could not stand one in the kitchen while she cooked. she was really good with that thing and had all the flies shaking in their boots. i am sure the fly flew straight out went about two feet and them fell to his death. he then became dead fly carcass fertilizer to the freshly plowed and sorghum planted field. ashes to ashes and dust to dust or whatever. just glad he was gone!!! 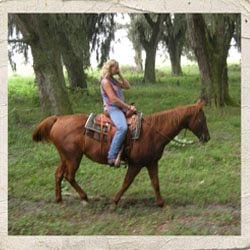 About This Ranch Wife...

I really like to talk and write about things I am passionate about. I also like to make people laugh. This is a way for me to do both. I want people to know some of the things that fill this crazy mind of mine. Not everything though, just enough to help explain my strange sense of humor. For 20 years I have been wife to the hardest working man I have ever known. He has two speeds, 100 miles an hour and stop. I do my best to keep up with him and it challenges me every day of my life. Our love story is a fairytale come true and we still make each other happy. I am momma to my adorable woman/child, who is my heart. She is the greatest thing I have ever experienced. My world is right because of her. I am wicked-step-mother to 3 tall boys, who if truth be told stole my heart long before their Daddy did. They are mine in my heart and it is an honor to be in their lives. I am Granny/Nie-Nie to 5 precious earthly grandbabies and one precious heavenly grandson. My life is richer just by being loved by them. Life on the farm is anything but laid back. We work hard so we can play hard. My priorities are God first because without Him I would have nothing and be nothing and Family is next because without them I would have nothing and be nothing. Everything else has to take a number and wait it’s turn. That is how I roll. I’m just sayin’.

They Say History Repeats Itself

Rear View on the Ranch 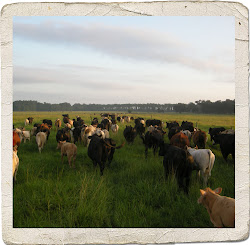